This morning we travel by motorized sampan to Phaung Daw Oo Pagoda , the lake’s main sanctuary, which contains five sacred images of Buddha so covered with gold leaf as to be completely unrecognizable as the Buddha.

Each year during September and October, four of the five images are placed on the barge below, a replica of a royal barge funded by American Buddhists, and towed by small boats powered by leg rowing men around the lake. The images are placed in a monastery overnight and villagers are permitted to venerate them.

We then went to Nga Hpe Chaung Monastery, formerly known for its “jumping cats” going through hoops. I saw one lone cat which was resting in the heat.

One can imagine years of bare foot traffic on this floor.

I had to restrain myself from removing the object from the seat.

Lunch today was to be at a typical Inthe house which was off a small waterway from the main canal, and prepared in a typical fashion. We were happy to be under roof on this hot, humid day. Here is the group which took the Inle extension tour. 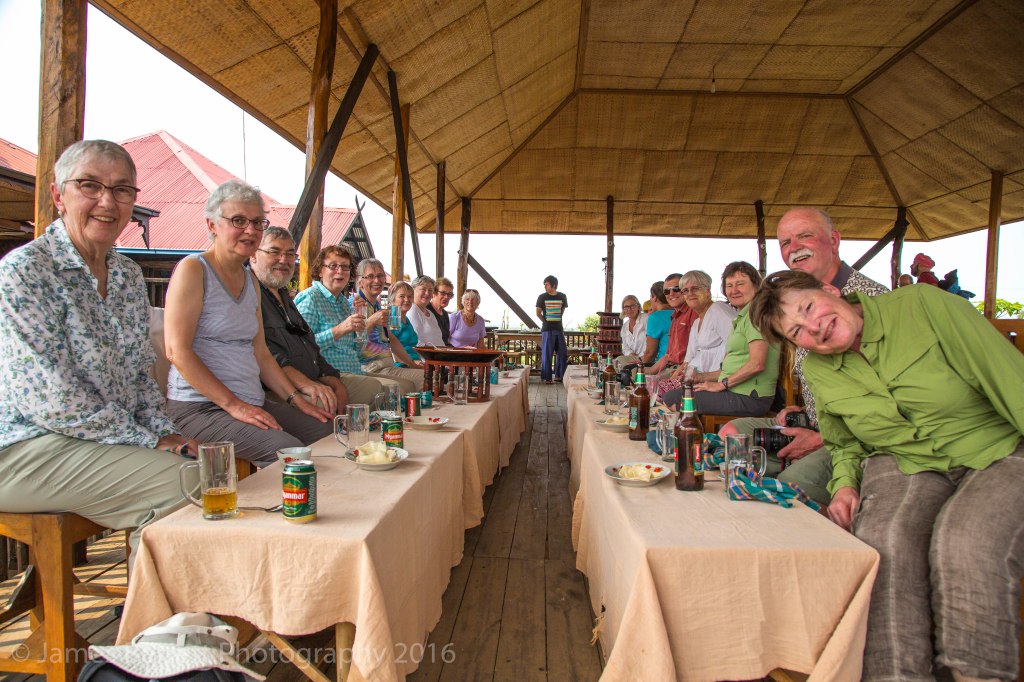 This silk and lotus weaving shop was a considerable distance from the open lake.

The frame for stringing the warp.

All work is done by natural light. 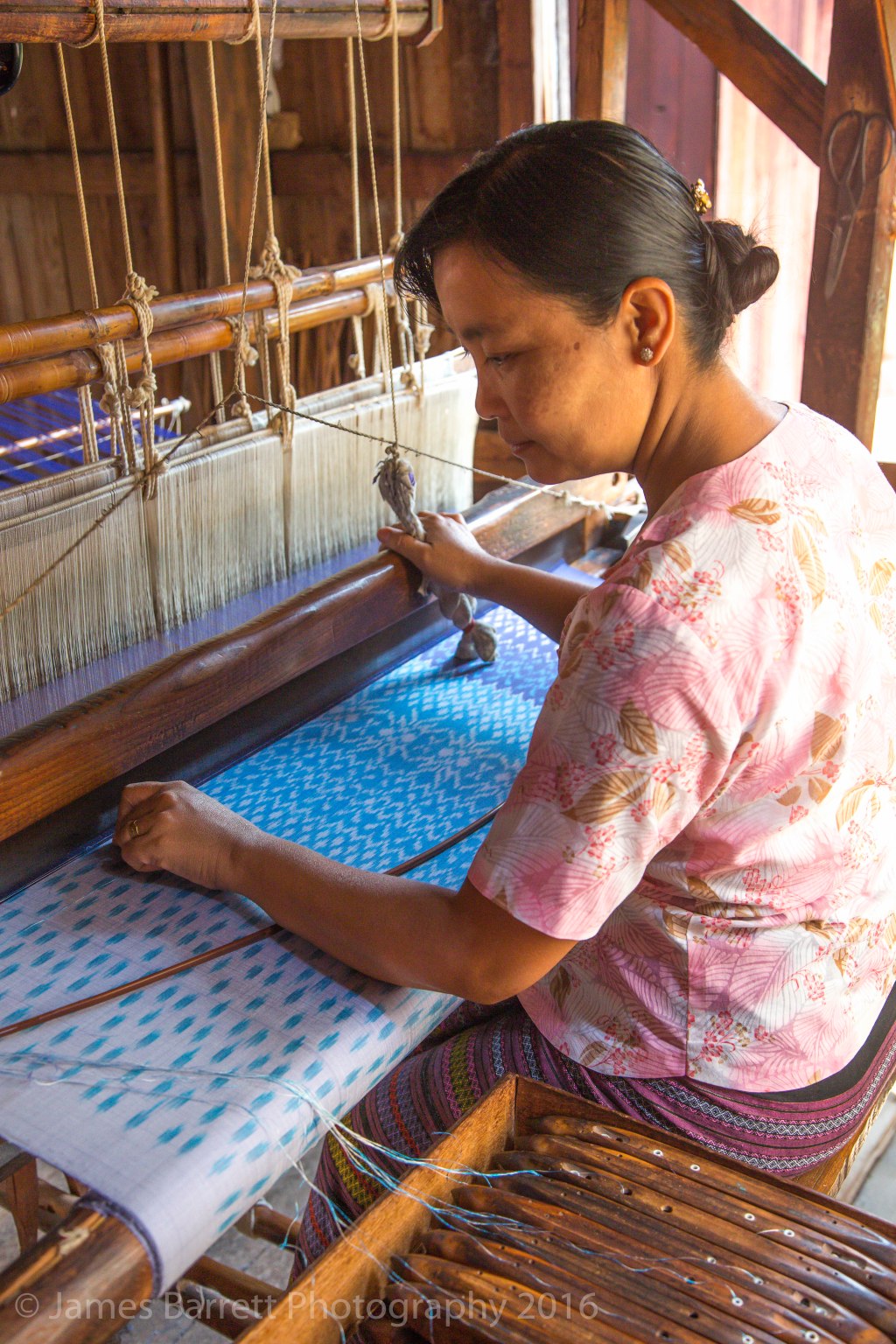 The operator pulls a handle which causes the shuttle to move across the warp.

The loom is somewhat automated to reduce operator fatigue and increase speed.

Each of the operators were warm and accessible.

An example of one of the cloths in production.

The operator assembles the threads for weaving.

The remainder of the afternoon was spent at rest at the hotel. Tomorrow is a travel day.