We have a full day’s excursion today with the temperature forecasted to rise from 73F to 100F by mid day.

Until India closed its border, Monywa (pronounced: mon-eee-wa) was the main port and trading hub with northeast India. Presently, its principal role is as a clearing house for produce grown in the nearby fertile plains.

We are bussed from the boat first to Hpowindaung Caves where we find Buddha statues within each of 947 niches of various sizes dating from the 14th to 18th centuries. We are warned about the indigenous monkeys at this site for which the tours has hired a diverting feeder to attract them from bothering us.

A provider of snacks diverted the macaque monkeys from bothering us.

Niches were carved out of the limestone mountain.

One of a variety of Buddhas were found in each niche. 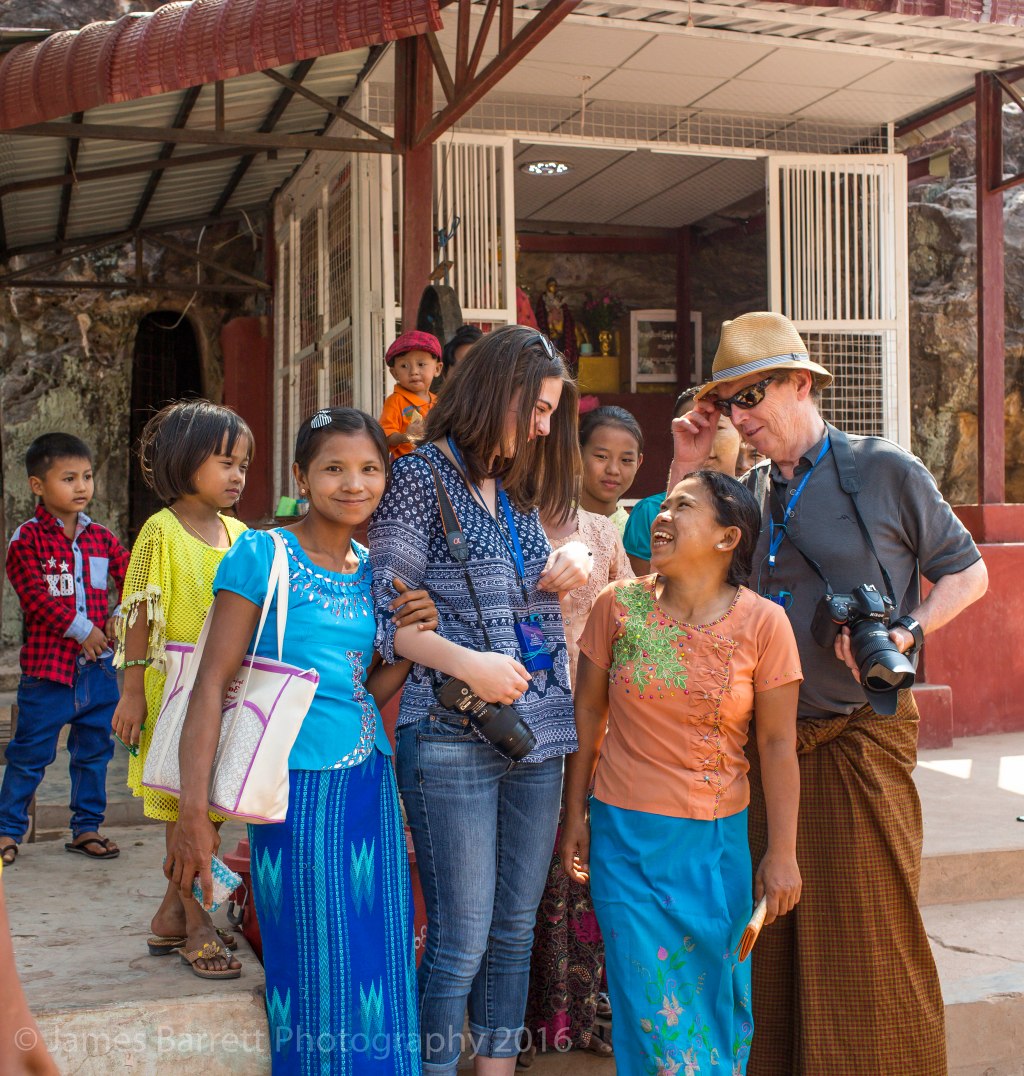 We were greeted with warm curiosity.

Next we are taken by coach to Thanboddhay Pagoda , a major tourist attraction, which was begun in the 13th century. This pagoda is famous for its collection of almost 600,000 Buddha statues. I found it rather garish and overwhelming, if I’m allowed an opinion. 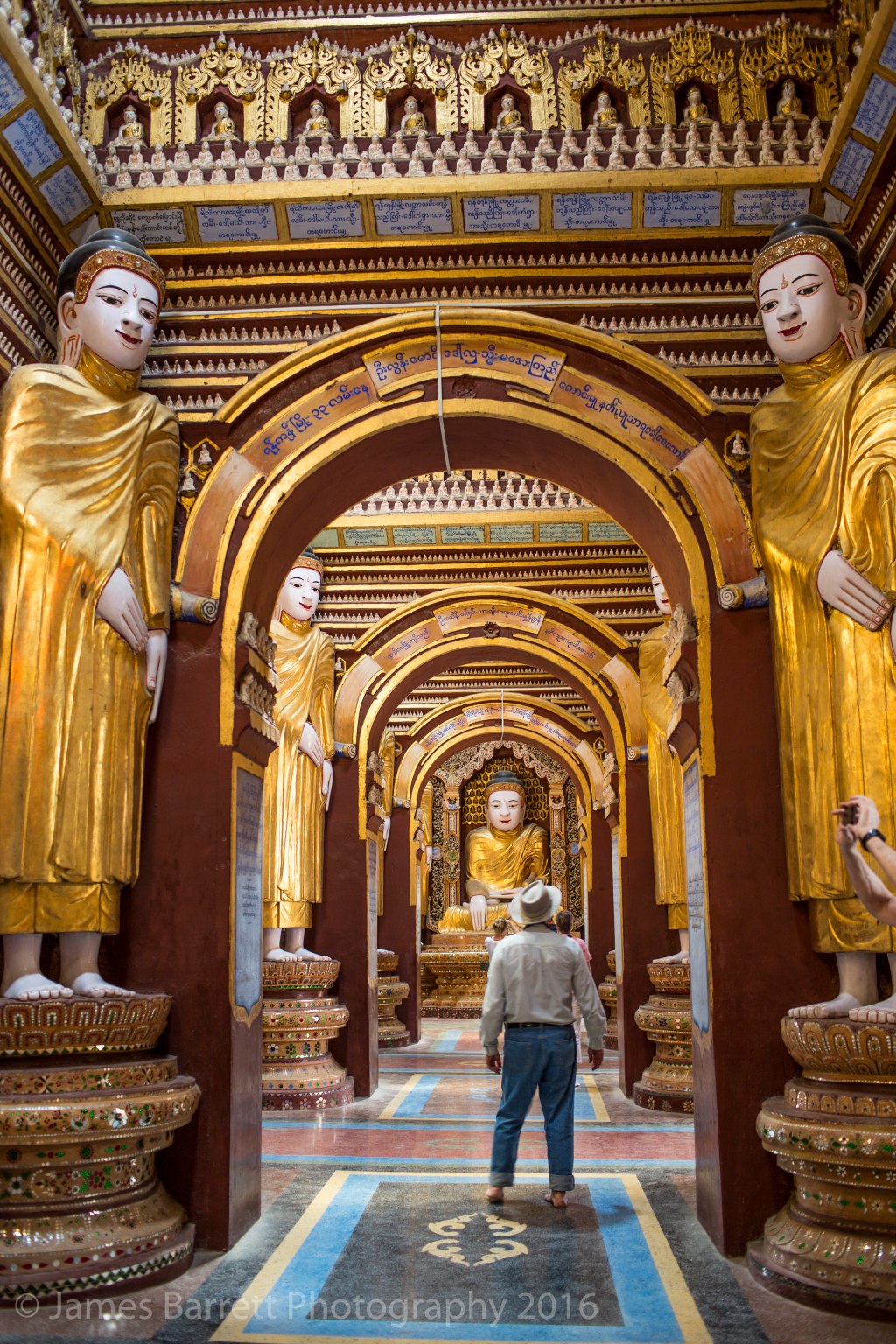 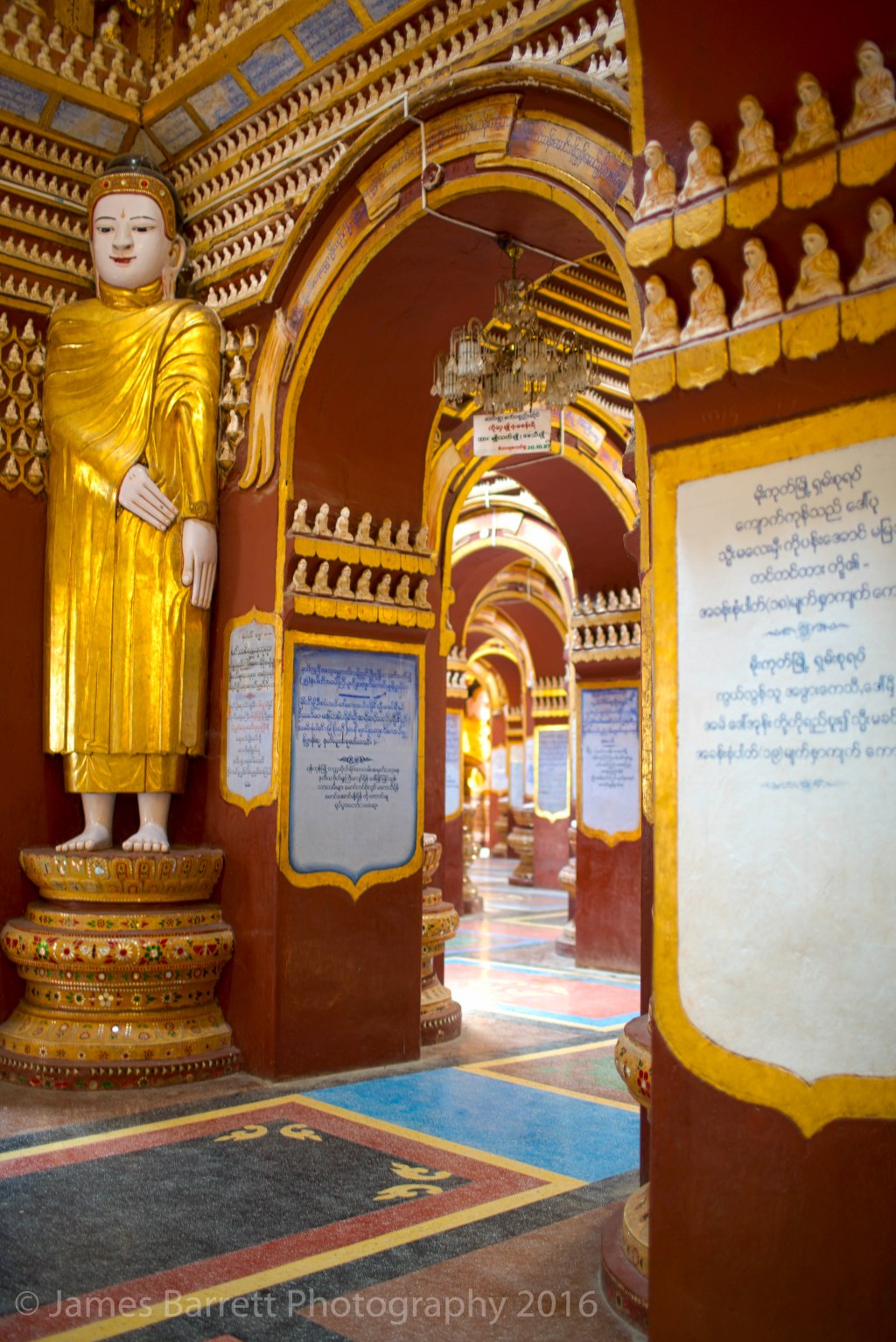 At least 80% of the Myanmar population practices Buddhism, mainly Theravada, while 5% of the population identifies as Protestant, 2% as Catholic, 4% as Muslim, 2% as Hindu, and 6% as practicing folk religions.